The Yerba Project (Figure 1) occupies the southwest portion of the large Naltagua Copper System and comprises extensive outcropping copper mineralization and at least 10 historical workings that fall along a north-trending structure corridor 1.2km long and over 100m wide. The mineralization has also been mapped and sampled vertically in outcrop over 400m from RL800m to RL400m. 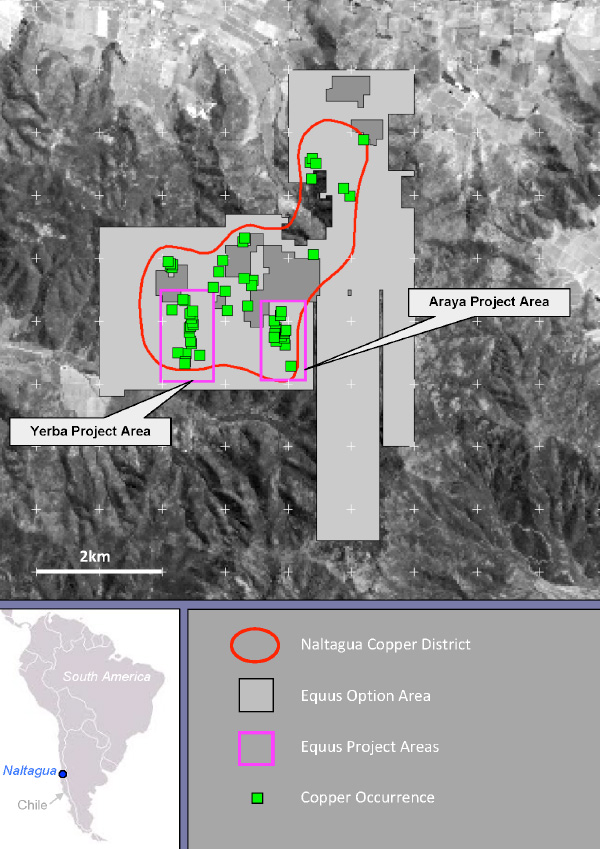 Figure 1: Location of the Yerba Project Area within the Naltagua Copper System. 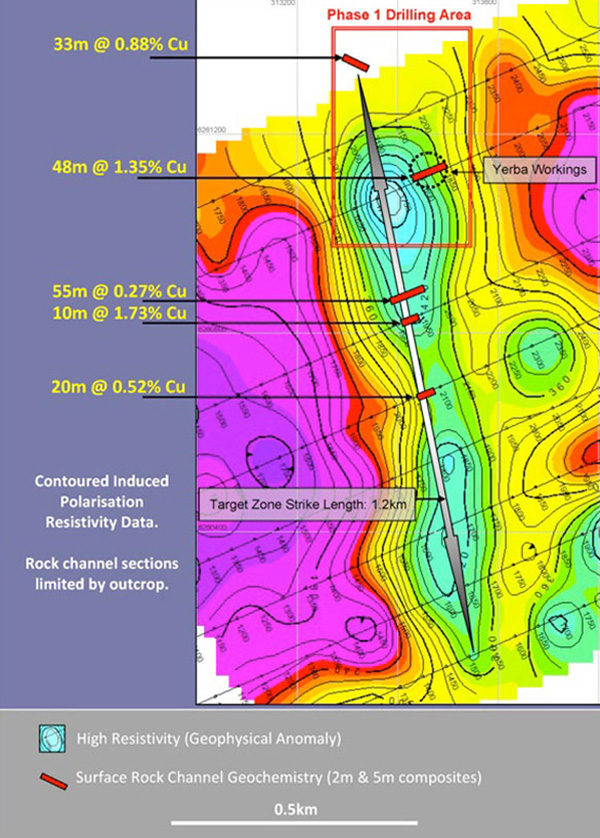 Yerba Workings: The Yerba Workings lies at the northern end of the greater Yerba Project Area (refer to Figure 2 for location) and fall with the coherent IP resistivity anomaly. 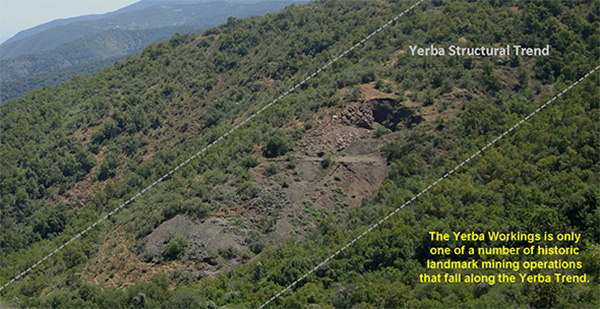 A principal feature of the mullock left by the miners at Yerba is the pervasive disseminated copper sulphide mineralization (bornite) in the andesite and andesite breccia (Figure 4). 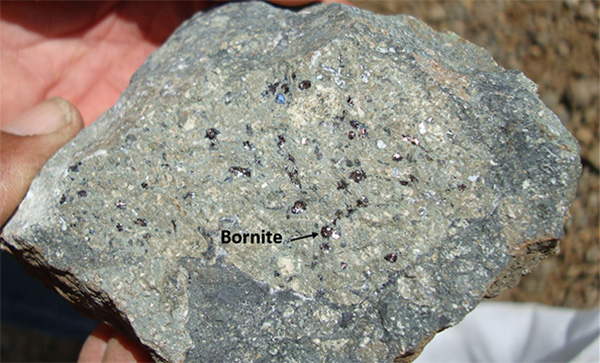 Equus has mapped and channel-sampled 541m of the underground Yerba Workings (the adits) and taken over 100 surface samples. Channel sampling across the back face of the Yerba pit returned 48m at 1.34% Cu and finished in copper mineralization at both ends of the channel.

Channel sampling of the adits returned a number of ore-grade intervals including 60m at 1.72% Cu, which remains open into the back-wall of the adit. At the time of mining (1905 to 1945), any mineralization grading less that 4% Cu could not be profitably treated at the near-by smelter.

The results of the sampling conducted by Equus is summarised below in long-section (Figure 5).

Figure 5: Results of underground and surface channel sampling of the Yerba Workings.