Location – 10km west of the township of Chile Chico (Chile)

The Option will entitle Equus to explore Mandalay’s ~295km2 Cerro Bayo mine district and to acquire all the mining properties, resources and mine infrastructure project which includes a 1,500tpd processing plant and tailings facility (currently on care and maintenance).

Consideration for completion of the acquisition, should Equus exercise its option, will be the issue to Mandalay of 19% of Equus’s share capital at the time of exercise. Additionally, Equus will pay a 2.25% NSR on production from the Cerro Bayo Mine District claims, payable once production reaches 50,000 gold equivalent ounces, which is subject to a re-purchase option in favour of Equus. 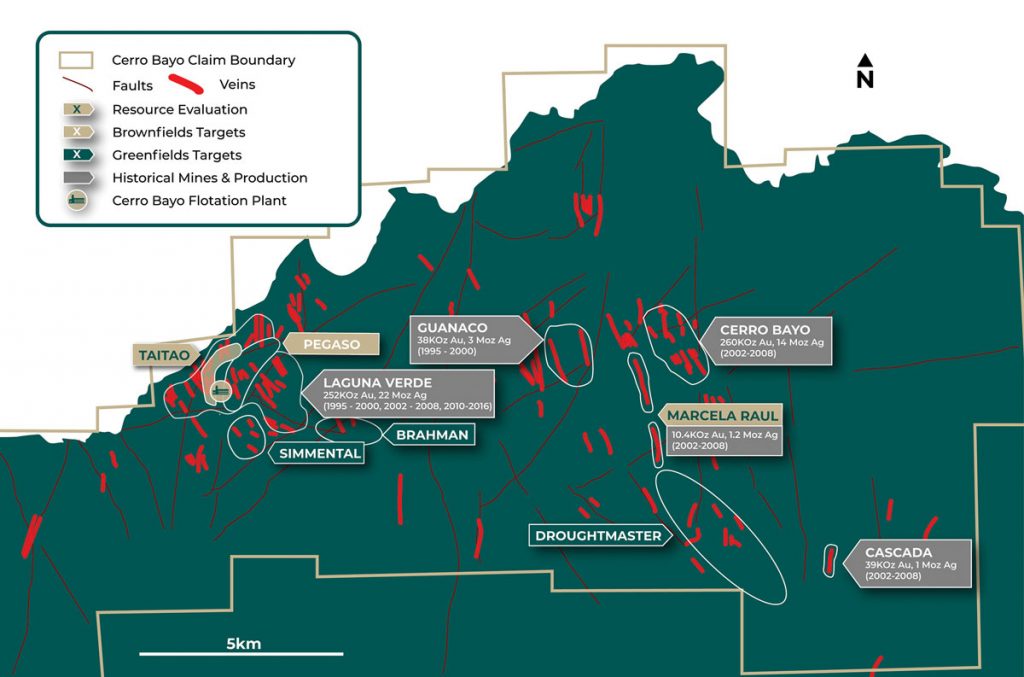 The Droughtmaster Prospect represents a newly generated 4.5km-long target which  is centered approximately 2.5km broadly along strike to the southeast from the historic Marcela  Mine (Remaining Measured  and  Indicated Resources of 21.8Koz gold at 2.53g/t gold and 2.74 Moz silver at 318 g/t silver) and 12km to the southeast of  the Cerro Bayo processing plant infrastructure.

Hole CBD020 intersected high-grade gold-silver mineralization at the Percheron Vein target, including a standout intersection of:

Results from CBD020 build on previous highly encouraging results from the Percheron Vein with the most recent intersection located approximately 30m above in elevation and 50m along-strike from Hole CBD016 which reported results including:

Mineralisation was intersected at shallow depth (<100m) and remains open at depth and along strike with a potential large deeper mineralised zone to be tested with further drilling. It is interpreted that drill intercepts to date relate to the upper portions of a wide, large-scale epithermal system and good potential exists for discovery of high-grade mineralization in deeper favourable levels along this fault trend. 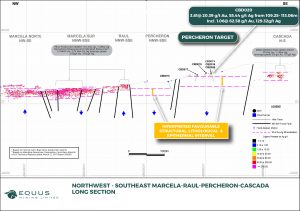 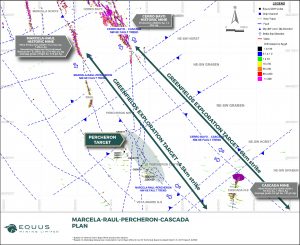 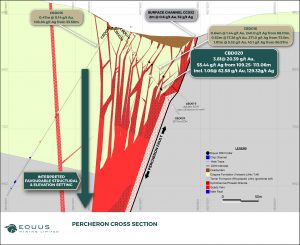