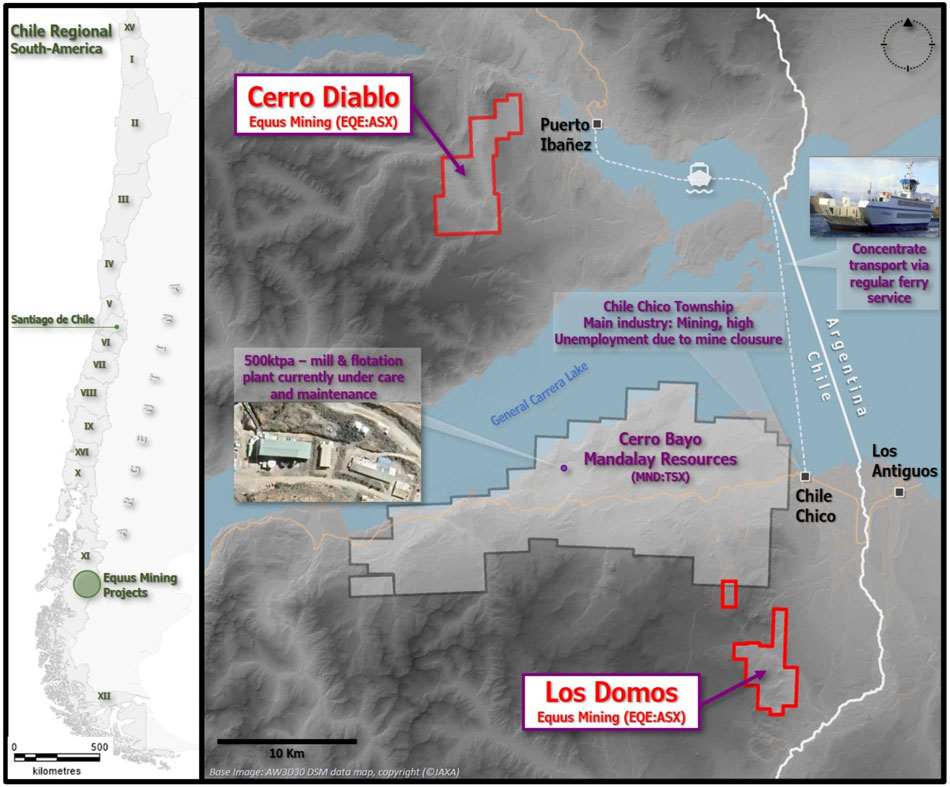 The Los Domos Project is situated in the interpreted northwest extension of the world class Deseado Massif mineral province, where it extends into southern Chile, which currently hosts 7 operating gold-silver mines. This interpretation is based on comparable host rocks, styles and Upper Jurassic ages of mineralization, the latter as reported from south-eastern portions of the Cerro Bayo mine district, to several of the deposits that occur in the western portion of the Massif in Argentina e.g. San Jose Mine.

Prior to Equus initiating exploration activities throughout the Los Domos area in 2016, previous exploration, limited to reconnaissance mapping and surface geochemical sampling, was predominantly carried out by Chilean subsidiaries of Chevron Minerals, Freeport McMoran and Coeur Mining between 1985 – 2005.